Merlo – The Telehandler range not the Merlo Coffee range has been designing and building telehandlers, construction machines and telescopic boom tractors, since 1964 and are Italian owned and exported globally from Italy.

Even though Merlo as a brand has a decent market share in some European countries.  In Australia, they have had a stop-start history.

Merlo has a factory-backed Australian division of Merlo, which is the Merlo Group Australia which has two locations one in Perth Western Australia and the other in Sydney Australia.

Merlo group Australia, runs a pretty standard dealership model, with several independent dealers based in each state, giving a countrywide coverage of Australia.

The best feature of the new Merlo telehandlers

The single greatest feature of the new range, is the redesigned cabin, with an overall width of 1.1m marking it the largest cab on the market.  Usually the Operators biggest complaint it is the cabins are too small, the Merlo latest release well and truly fixes that.

With the latest engine and drive train technology, the telehandler will achieve speeds of up to 40 klms per hour without losing torque for maximum productivity, and increased versatility with a 540/100 power take of standard. 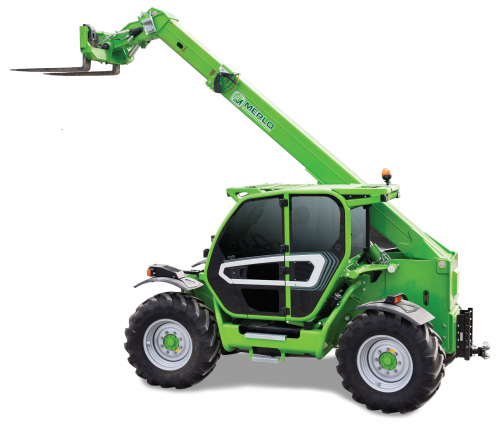 We view the new range as a shiny new coat over old ideas.  The new telefarmer II includes a high performance at 90kW (122 HP) and the 115kW (156Hp) multifarmer with transmission speeds up to 40 kph.

To look at it simply, there are two main markets agricultural and construction/mining for telehandlers, The top speed is only beneficial when travelling a distance between job sites or long paddock runs.

The new models to control engine temperature include a reversible fan with Eco Power Drive (EPD) electronically controls the engine will reduce fuel consumption up to 18%.

As we said before the new cab design is impressive, with a 1.1 meter wide cab, giving more room than any other telehandler model on the market, it still has the Air conditioner and same ventilation.

A standard take of PTO on the Multifarmer allows your telehandler to be used as an agricultural tractor, powering towed seeders, sprayers and balers.  For the investment, you get two machines for the price on one.

Fitted with the latest fuel-efficient Tier 4 Interim engines and the Merlo CVtronic transmission with a smooth acceleration that doesn’t interrupt torque and without stopping to change gear from 0 -40 km / h.

The Eco Power drive (EPD) electronically controls the engine and reduces fuel consumption by up to 18%. 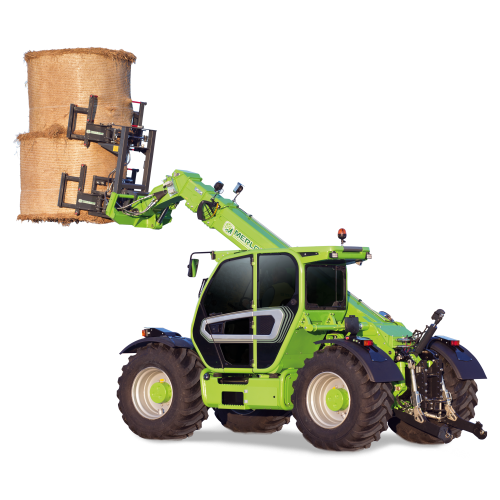 Hydraulic System and Safety of the Merlo telehandlers

It is standard with load sensing and flows sharing pump

The Merlo CDC system automatically recognises what attachment is fitted and will calibrate the performance to load.

The newly designed cab has a 1 .1 mm wide design.  As well as being pressurised to ensure a dust-free and quite 3( dB) work environment. It is also designed with a pneumatic suspension for a comfortable ride.

The newly designed range has a lighter but stronger boom.  Which offers 7 to 9 meters of reach with capacities up to 4 tonnes.

The chassis tilt correction as standard and Tac-lock rapid coupling of the attachments.

Merlo telehandlers act like a tractor which tow up to 21 tonnes with pneumatic and hydraulic trailer braking.

Versatility in the field

A mechanical PTO  with speeds of 540/1000 can be selected from the cab to drive powered implements.  While a towing hook hauls up to 21 tonnes with pneumatic and hydraulic safe trailer braking.

2 responses to “Are Merlo’s New High Performance Telehandler Range As Good As They Say ?”

This site uses Akismet to reduce spam. Learn how your comment data is processed.