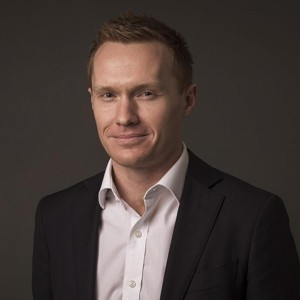 1.5 - 2.5 Ton Forklifts
12T - 16T forklifts
3.0T - 4.0T Forklifts
4.5T - 6T Forkflits
7T - 10 T Forklifts
Attachments
Battery Electric Forklifts
Floor Scrubbers
Floor sweepers
Laden Container Handlers
Large Capacity Forklifts
Rough Terrain Forklifts
Telehandlers
cp_widget_author_posts-1
Forklift Monitoring Systems – Does Your Business Really Need It
When it comes to large forklift fleets in business, all managers have the same questions that need answers.  The only way to get those answers is with a forklift monitoring system and the data that they can provide. The questions you need answers for How do I control the ever-increasing operating costs of my forklift fleet? How can I tell which driver damaged the racking and goods in the warehouse? So How can I reduce the maintenance cost of my trucks? How can I reduce downtime? How do I stop the drivers from speeding in pedestrian areas? So How can I get my drivers to drive responsibly even when I’m not there? How can I assist my drivers to provide a safer working environment? Do I need this many trucks in the warehouse? What is (are) my peak period(s)? How efficient is the operation in the warehouse? How do I stop drivers from putting overweight pallets into the top racks? The above are just some of the questions that opera…
Read more about Forklift Monitoring Systems – Does Your Business Really Need It
How to Manage Forklifts and Racking & Storage

There is a a huge range of pallet and special purpose racking and shelving products available on the market. Specialist racking and storage manufacturers constantly create unique pallet storage solutions for factories and warehouses that combine with carton conveying and order fulfillment systems to make product management more productive and profitable.

Telehandlers are rapidly becoming one of the most popular and versatile designed pieces of material handling equipment on the market. The simple reason why is the wide range of telehandler attachments that are available to suit Telehandlers.

With the amount of manufactures now making Telehandlers with a wide range of sizes and capacities available, it can get to be a little confusing with the sheer range of telehandler attachments that can be bought to suit just about any application you might come across. (more…)

6 Points To Consider with New Forklift Prices Type of ownership

The first thing to do is understand the ways the you can actually own a new forklift for your business. (more…)

Apart from having the most expensive forklift currently on the Australian Materials Handling market.  Linde forklift lighting come with a wide variety of options.  Sales people are great at taking your order, but sometime struggle to explain the options you might be able to get.  So the aim of this article information is to make choosing the right option easier for you.

The Linde forklift series 335, 350 and 351 models you really have no choice. The forklift come standard with a full road lighting which includes headlights, rear lights, brake lights and indicators.  Unfortunately the position of the lights is not selectable and there is no option for LED lights.  Generally these models are made in the the Kion Group Chinese Factory. (more…)

Australian Standards are documents that set out specifications, procedures and guidelines that aim to ensure products, services and systems are at a consistently high, safe, consistent and reliable standard. Forklifts have some of the most well developed Australian Standards, with the majority of standards coming under AS 2359.  Forklift seat belts are one area that has changed recently.

As manufacturing improves so does the associated standards.  Whilst the Australian Standards are not law, some are .  Its always a good idea to make sure you are aware of what standards apply to your industry.  It can go a long way to i…

We are in the golden age of materials handling with the advancements of technology.  With most warehouses and distribution centres represent a golden opportunity for slashing labour and facility costs, and for improving inventory record accuracy and customer service.

Most businesses that invest in the latest technology for their warehouse management, will receive a quick payback on the investment into these software programs – sometimes in under 12 months. (more…)

Merlo - The Telehandler range not the Merlo Coffee range has been designing and building telehandlers, construction machines, and telescopic boom tractors, since 1964 and are Italian owned and exported globally from Italy.

Even though Merlo as a brand has a decent market share in some European countries.  In Australia, they have had a stop-start history.

Merlo has a factory-backed Australian division of Merlo, which is the Merlo Group Australia which has two locations one in Perth Western Australia, and the other in Sydney Australia.

Merlo group Australia, runs a pretty standard dealership model, with several independent dealers based in each state, giving a countrywide coverage of Australia.

Read more about Are Merlo’s New High Performance Telehandler Range As Good As They Say ?
7 reasons why you should consider Forklift Fleet Management.

Forklifts are an integral part of most businesses, generally the larger the business the larger the forklift fleet.  It's become very  common for companies  to outsource the non-essential  parts of their business, so it's no different with forklifts, they turn to forklift fleet management and companies that specialize in it, like Lencrow Forklifts.

What is Forklift Fleet Management

Businesses like Lencrow Forklifts, specialise in supplying the required forklifts and the associated servicing and break down management that comes with it, to other businesses, under a contract hire arrangement. (more…)

Read more about 7 reasons why you should consider Forklift Fleet Management.